Today I’m hosting romantic suspense author Elicia Hyder. I met Elicia at a recent conference and she gave me a copy of The Soul Summoner…which I sped through in less than a day. So I’m excited to welcome Elicia here to let me pick her brain about her fantastic debut novel. The Soul Summoner has more than 1,000 reviews on Amazon (1,800 on GoodReads!) with a solid 4.5 star rating. 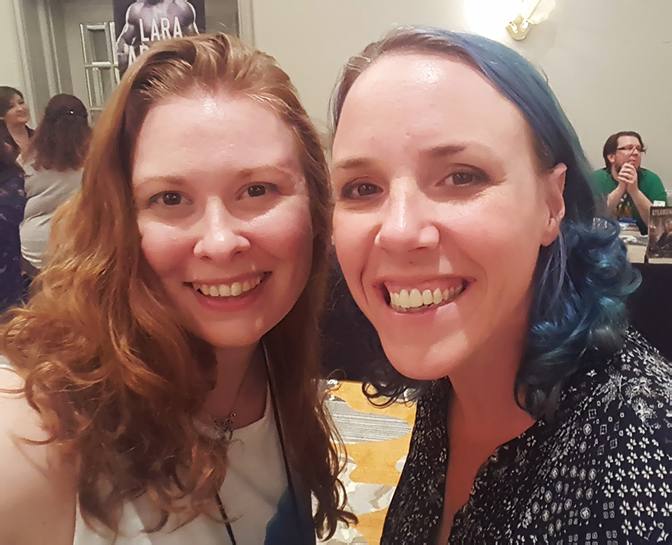 Sue Brown-Moore (DVK): Welcome, Elicia! And thank you for visiting with us!
Elicia Hyder (EH): Thanks so much for inviting me! I’m so excited to be your inaugural interview on Davincikittie.com!

DVK: The Soul Summoner has some definite good vs evil mechanics. Some of those are simple, obvious, and some are more complicated. In the story world of The Soul Summoner, does a true “evil” actually exist? How does the concept of “good” or “evil” play into the nature of your different main characters?
EH: Popular fiction often paints characters one way or another, villains OR heroes, but I play around a lot with the definition of good and evil. I definitely believe that humans are capable of shocking amounts of both. I’ve always wanted the main characters in The Soul Summoner to be judged by the decisions they make, not by any predisposition they may carry toward a single definition of good or evil. I mean, my leading man kills people…and he’s the most virtuous guy in the series.

DVK: I particularly loved the way Sloan and Warren are complementary opposites—she “good” and he “evil”—without either one of them portrayed as being actually bad. What inspired this pairing dichotomy in the characters?
EH: Again it goes back to the yin-yang idea of who people are. A lot of assumptions are made about these two–and they make their own assumptions about they think they are–but in the end, their choices define their character, not their pasts, not their heritages, and not their own insecurities.

DVK: The Soul Summoner was released in 2015, but when you and I chatted at the 2017 Coastal Magic Convention, you had recently recovered from some very personal trauma. You had a unique perspective on how that experience influenced the path of this novel. Would you share a little about that with us now?
EH: In 2015 I got a phone call from a New York agency interested in representing The Soul Summoner. The very same day my doctor called and said it looked like I had cancer. I did have cancer, stage 2 Hodgkin’s Lymphoma. I started chemo that month, then radiation. During my treatment, I kept busy learning all I could about publishing. Two years later, I’m cancer free and The Soul Summoner has done shockingly well as an indie title. I’ve published five full-length novels and a novella.

This review copy was provided by the . No compensation was received for this review.

Blessed or cursed with a connection to the souls of others, Sloan Jordan can see the best in people...and the worst. With nothing more than a glance at a photograph, she can judge the living from the dead and the good souls from the evil ones. For twenty-seven years, she's kept her ability a secret, but eleven young women have been murdered in the mountains of North Carolina, and Sloan may be the only hope of finding their killer.

She has just agreed to help Detective Nathan McNamara with the case, when a stranger--who is as alluring as he is terrifying--shows up at her doorstep with a dark past and another puzzling mystery: she can't see his soul at all.

Now Sloan is on the hunt for a deadly psychopath with two irresistible men. One of them would die for her, and the other would kill to keep her safe.

Elicia Hyder’s debut novel, The Soul Summoner, is an edgy, slightly creepy crime thriller with romantic elements. Sloan, the story’s heroine and first person storyteller, was born with paranormal abilities—she can see into the soul of any person, or the likeness (such as a photo) of anyone. Two men (inevitably) vie for Sloan’s attention, a no-nonsense Sheriff’s Deputy (Nate) and a rather terrifying ex-military mercenary (Warren).

“I see people I’ve never met and I feel like I’ve known them forever.”

The concept for this story is unique—not something I’ve ever seen before anyway—and the author skillfully weaves an addicting narrative of complex emotions. Scenes and characters are alluring and unsettling at the same time. There were times that my brain was saying “No, no, no! Not right!” and my heart was hoping for fireworks. The relationship, or rather the symphony of similarities and differences, between Sloan and Warren is fascinating. Light vs dark, second chances vs. time running out.

“How are you feeling?”
“My head hurts, but better.” I looked over at him. “You stayed with me all night?”
He winked an eye at me. “And slept in your bed.”
“Warren’s going to be so pissed,” I told him.
“Warren threatened my life if I left you alone,” he said.
“Really” I asked, surprised.
He laughed and nodded his head. “Yeah. First, I threatened to kill him. Now he’s threatened to kill me. I think we’ve reached the first level of friendship.”


The Soul Summoner is a solid romantic suspense with an exciting, unpredictable climax.

Elicia Hyder is the #1 bestselling paranormal suspense author of The Soul Summoner series. She lives in Hogsmeade, Florida with her superhero husband, five (loud) children, and two co-dependent dogs. When she’s not writing, she can be found slurping butterbeer at Harry Potter World or drinking around the world at Epcot.

Words of wisdom from four publishing pros and advice on how to get started! #IndieMonth2017

Rebecca Zanetti shares her secrets to managing a...